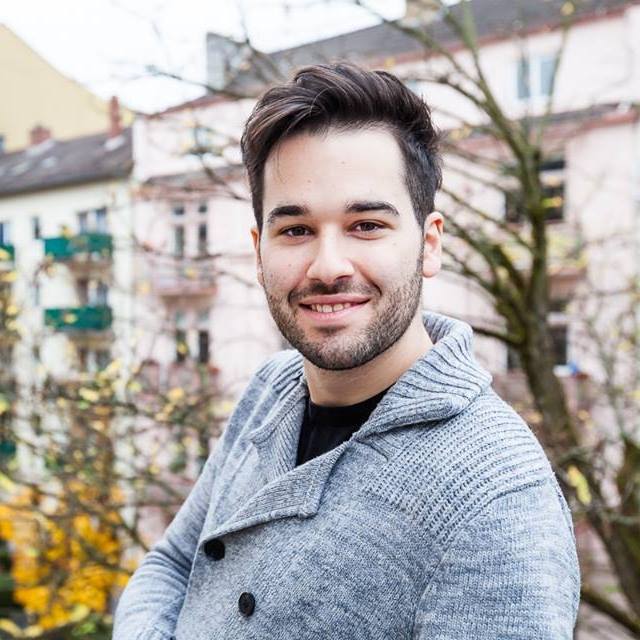 Did you ever go on a life-changing journey?

Mine started about half a year ago when I packed all my things and left for my Erasmus in Rome. I didn't know much about the life-changing experiences to come and if I hadn't left my comfort zone in Germany, the magic would have never happened. Living in a new country and discovering a new culture was a valuable experience I will cherish for the rest of my life. I hope that having gone through something like this might help me in dealing with difficult situations. Of course, as you can imagine not everything was perfect in the south, but only through challenges you grow. The differences between Germany and Italy were quite big, especially if I think about the organization, the structure, the university or the people, but after a while I got used to the new surroundings.

It was much easier for me to embark on my second journey than it had been on the first one. Strangely, I wasn't really nervous at all going to Belgium, but that might be because of the many new things I wanted to discover and people I wanted to see again. Having heard stories from Belgian friends I met in Rome made me quite curious about the country and as it is next to Germany, I expected the countries to be alike, what might have helped to reduce the nervousness. I started searching for accommodation in Ghent during the end of my stay in Rome and after a few days I found the perfect room. I was very surprised how quick it went, but I guess everything went quite fast. Coming back from Italy, I had just three days in Germany to do all the necessary paperwork and reunite with my friends before I had to leave again. The first difference between Belgium and Germany I experienced on the Belgian highway: Belgium has a speed limitation of 120 while Germany has no speed limitation at all.

The next few days I was busy with moving to the new apartment, buying furniture and building it up. One reassuring thing, no matter in which country you are: IKEA is everywhere the same - maybe with exception of the bistro, which has regional influence. A nice fact I already discovered while I was in Rome. On the evening before the start of the internship everything was ready, so I could concentrate solely on my new work life in Belgium. The internship started in the middle of the week, so it was only three days I had to work. I could get used to weeks like that. A pleasant surprise on the first day was hearing that there was another intern, Steve. He had started as an intern just one day before me and it was really nice to know that I wouldn't be the only intern in the office in Ghent. Once a week I would go to the office in Brussels, but first I had to get used to the work. I had some experience with digital marketing, and the content of the internship was exactly what I expected, so I was very satisfied with it. All the people at GraduAid speak English, but sooner or later it's going to be Dutch, so I better start learning.

The first days living in Ghent bared many surprises for me: starting with the concept of a "kot", over the mass exodus on Fridays home to the parents and a "Frituur". But first, the "kot". It is common in Germany to have shared living. You share a whole apartment and have only your own room for yourself. Living room, kitchen and bathroom are in common. Another big surprise was to hear that every student leaves for the weekend to their parents place. Back in Germany your student life revolves around the city you study - even on the weekends. Then again, as the size of Belgium is significantly smaller than of Germany, you have a lot more possibilities and options to go home. Something I really could get addicted to is the "Frituur". I had heard so much about it from Belgian friends I met in Rome, about the Bicky Burger and Belgian Fries, that I was very eager to finally try them myself. I enjoyed it very much and it's a pity that I never heard of it before because I didn't know what I had missed my whole life.

After living a few days in Belgium I have a really positive impression, both of the city and the people. They are really friendly and talk to me always in Dutch, so I feel included and not really like a stranger. Thanks to my German I also understand a lot of Dutch, although reproducing it is the part where it gets tricky. But I have the feeling that sooner or later, my Dutch will improve as I'm following an Erasmus Online Course in Dutch, let's cross fingers. With that impression I conclude the first chapter about my first days in Belgium and in Ghent. I'm really looking forward to getting to know some other cities and surrounding landscapes on the weekend and experience even more things.

Till next week for chapter 2!