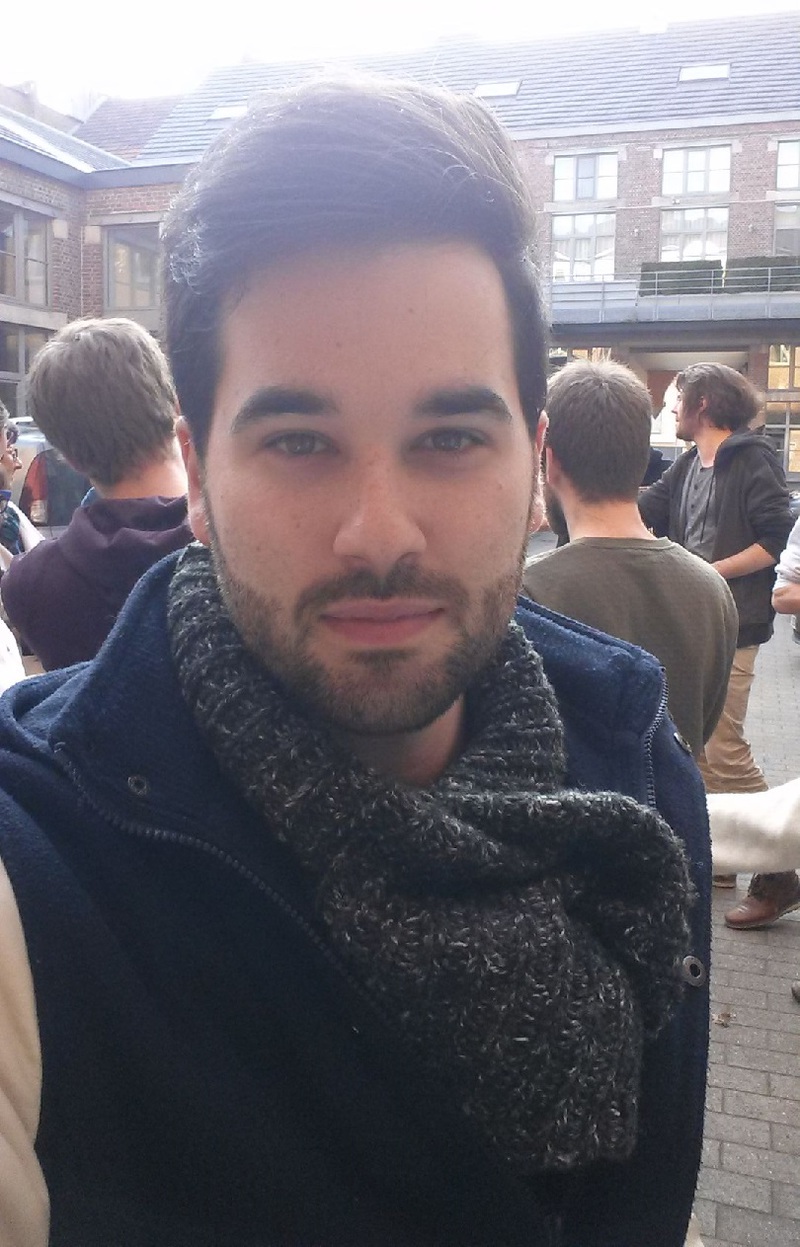 As you can see, I started my first Online Erasmus Dutch course and I'm able now to present myself in Dutch and tell some basic information. Right now my Language Level may be below A1, but "beetje per beetje" I'm making progress.  I can also talk a bit in Dutch now with my fellow interns of GraduAid & Student.be, which is quite a good feeling.

Speaking off, the GraduAid&Student.be office of Ghent is located in a business incubator - a company that supports start-ups and young companies via means of management training or offering office space. This means that there are over 20 young companies working in the same place, which gives you the opportunity to get to know a lot of different and interesting people. Till now I have made contact with a few entrepreneurs. Some also speak German so it's really nice to be able to talk a bit in German because sometimes I have the feeling that I'm forgetting my own mother language due to the extensive use of English - or Italian - since September. I think it's really nice that in Belgium, like in Germany, most of the people are also quite fluent in English. That wasn't really the case for Italy so it's a welcomed change.

During my stay in Rome I tasted for the first time Belgian beers so I was delighted when I finally visited some places with my girlfriend. Maybe I shouldn't say it and if German friends read this they might flip, but I'm even a bigger fan of Belgian beers than German ones. The first places I discovered were the "Dreupelkot" and afterwards "Het Waterhuis aan de Bierkant" and I can highly recommend them to anyone who visits Ghent. We also visited a restaurant that was suggested by different people, the “Amadeus”. The restaurant was hidden in some side streets, therefore I was surprised of how big the place really was! I was in awe over the speed of the waiter, not even 30 seconds after ordering I had some delicious and hot spare-ribs before me! And the concept of the wine bottle per table was also brilliant: Each table has a big bottle which is measured at the beginning of the evening. You can pour wine from the bottle and when you are finished, the waiter will take it. To calculate how much was actually drunk, they measure the difference between the beginning and after the customers are finished. Even after being completely stuffed and going to the bathroom for a second, I was welcomed with even more spare-ribs than I wanted, thanks to my girlfriend. She certainly likes to tease me.

Afterwards we went to the "Dulle Griet" and I didn't knew yet that it wouldn't be the only time this week. I had heard the story of how you have to give a shoe of yours as assurance for ordering some special beer, so you don't run away with the glass. Then the shoe is put in a cage, a bell is rung and the cage is pulled to the ceiling. An interesting concept and a brilliant and simple way to prevent theft. On the weekend some friends from Germany found their way over to Ghent to visit me and they shared the same opinion about Ghent as I did. I played the city guide as well as I was capable too and discovered myself some new places like the "Graffiti Street". With them we ate twice at a frituur - this has to stop!  - and then also went to the Dulle Griet. Here a friend of mine ordered a big Kwak and had to give up a shoe, that was really hilarious. I just had told them the story about the shoe and then he had to give it up already.

This week passed by really fast, I'll have to take my time and enjoy every new experience to the fullest. The only thought I'm having now is that I always walk to the office, maybe I should get myself a bike, as everything goes a lot faster when you have one. And with this I conclude week 2.

Till next time for chapter 3!