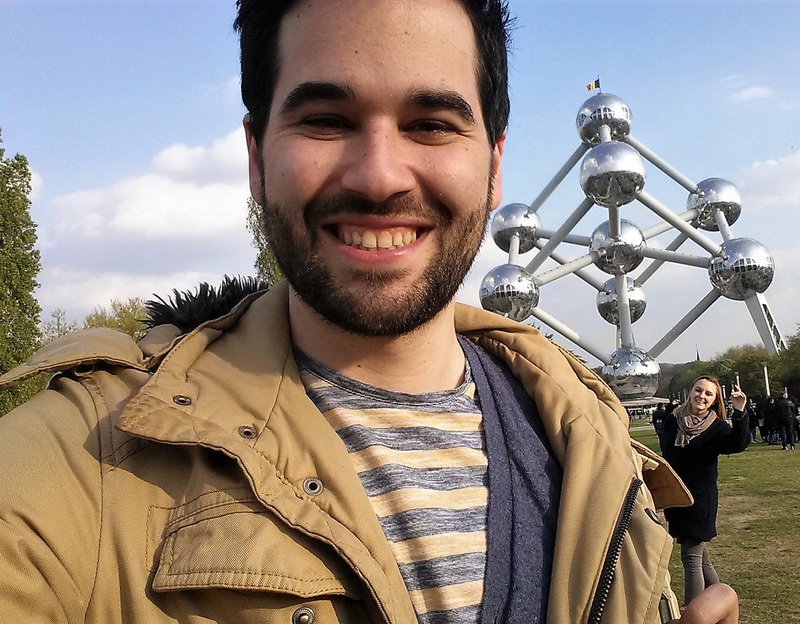 Have you ever experienced homesickness?

When I think about returning to Germany in a few months I get a strange feeling of homesickness, but in regard of Belgium. The time here has been amazing and I really don’t want to miss it. The more I travel and discover everything the country has to offer, the stronger the feeling. This week I have finally been able to visit the second biggest city of Belgium: Antwerp. It was my first time visiting it, but not the first time I came into contact with the city. When I was younger, I worked for a diamond company next to my studies. They had their headquarters in Antwerp and an office branch in Frankfurt. In that time I heard a lot about Antwerp so I was excited to see it with my own eyes and I have to admit, the station was really impressive. Although we were still in Flanders, the city itself had a total different vibe from Ghent or any other city I have visited here. I also noticed a difference of the dialect compared to the one of Ghent or West Flanders. The office itself had an incredible view over the whole city and the shopping street. Furthermore it was equipped with a nice pool table to play and cool off in the breaks.

The end of the weekend was promising as it would be my first Easter in Belgium. But before my girlfriend had a nice surprise for me and took me somewhere special: First to see the “Atomium” and then the “Serres Royales de Laeken”. She told me that they were opened only 3 weeks a year so it was quite spectacular and attracted a lot of people. Thanks to our timing – we are speaking of Belgian and German punctuality – we were one of the first that could enter. In the background you could see the palace but the way was blocked by guards and our way lead us to the royal gardens and greenhouses. It’s a pity that we didn’t get to see the royal family, but it was really amazing to see the royal gardens. Jokingly, we asked ourselves how many gardeners you would need just to keep it in shape. There had to be at least 20 or 30 working. The greenhouses themselves were filled with a lot of exotic plants from all over the world. Room after room you were confronted with new plants - Roses and many exotic flowers gave off a sweet scent that made you feel really good. It took us one hour and a half to discover everything and afterwards I can say: It was worth every dime and penny.

Back in Ghent I went to my first Design Museum. It was really interesting as it also had interactive parts, called the green zones, which asked something from you. In these zones you had to do special things to experience the art even better like taking off your shoes and walking or even taking a part of the art piece itself. Afterwards we went out and landed in the Bar Popular. I was thrown off my chair: These were the best cocktails I have ever had. You can be sure that I will definitely return soon! To end this amazing day, we went to a nice Greek restaurant in the neighborhood called “Pantheon”. As soon as you had entered you were welcomed by a Greek atmosphere. It seemed like we had found a little bit of Greece in the middle of Ghent. The food was authentic Greek and tasted awesome. Maybe, just maybe, they have found a couple of new customers.

In thoughts of the amazing week I would like to conclude my 7th chapter and hope to meet you all again for the 8th one.